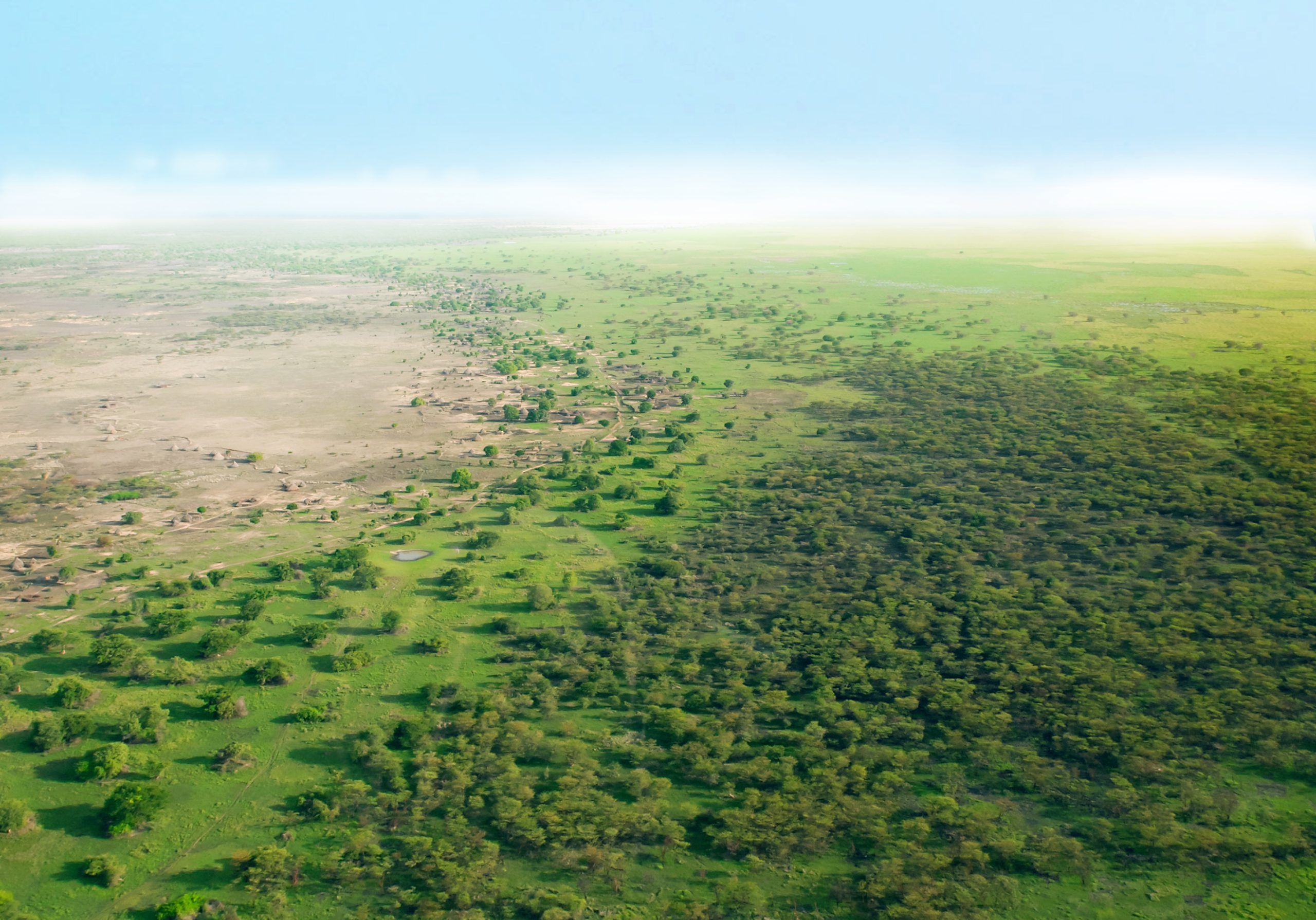 The Great Green Wall: an epic plan to hold back desert across Africa

Metre by metre, climate change and over-farming are degrading Africa’s formerly productive Sahel region and threatening not just wildlife habitat, but also people’s survival. However, there’s epic ambition to restore depleted lands and grow a 7,000-km natural wonder across the entire width of the continent. It’s showing that some walls can actually be liberating…

Restoration is not just about improving things for nature: it can mean life or death for millions of people. In Africa’s Sahel region, a largely semi-arid expanse of land that stretches the breadth of the continent on the southern fringes of the Sahara Desert, 80% of people depend on agriculture. But years of climate change, over-farming and over-grazing have eroded this once green band, endangering the food security and livelihoods of 130 million people.

To tackle this crisis, in 2007 the African Union and the UN Convention to Combat Desertification joined forces to launch the Great Green Wall initiative, spanning 11 countries west to east from Senegal to Djibouti. The initiative aims to restore degraded soil by creating a mosaic of different land uses, including sustainable farming and restored patches of natural habitat. Their vision is to see 7,000 km of trees, grasslands and verdant vegetation stretching the breadth of the continent – vegetation that will bind the soil, retain water and create 10 million green jobs, in addition to providing food security for more than 20 million people by 2030.

Every country in the Sahel is different, and so are the reasons for land degradation. A key aspect of the Great Green Wall initiative is its localised approach, where participating countries address the problem using local contexts. Given the nature of the problem and the needs of people, nations may choose to focus on agroforestry, reforestation, irrigation systems or even fixing sand dunes in place with native vegetation.

Nature Mauritania (BirdLife Partner) is carrying out a habitat restoration program in partnership with the National Agency of the Great Green Wall and supported by Vogelbescherming (BirdLife in the Netherlands). So far, 10,000 seedlings of various local species including Acacia Senegal, Umbrella Thorn and Indian Jujube have been grown. The seedlings, bolstered by 20,000 others from Nature Mauritania’s nursery, have gone a long way towards reforesting the degraded land around Lake Mâle – a site that is crucial to fishing and farming communities, as well as an Important Bird & Biodiversity Area. Furthermore, local communities are benefiting from various livelihood schemes including poultry raising and market gardening.

“These restoration efforts are a testament that ordinary people with conviction can have an extraordinary impact on their world,” says Djibril Diallo, Executive Director of Nature Mauritania.

Putting wildlife at the centre

Restoring the land is no doubt beneficial for agriculture – but it is also vital to consider nature conservation at every turn. To this end, BirdLife and our Partners are collaborating with the Great Green Wall initiative to make sure that wildlife also reaps the rewards of restoration.

“BirdLife and Partners have been involved in a lot of conservation efforts in the region, such as the Living on the Edge project in the Sahel. Building on what has been done, this collaboration will ensure that as activities are implemented, biodiversity conservation is also considered and integrated for sustainability,” says Geoffroy Citegetse, BirdLife’s lead co-ordinator in mainstreaming conservation in Great Green Wall activities.

Major areas of co-operation include restoring wildlife habitats, monitoring biodiversity along the Great Green Wall corridor and building the capacity of national and local conservation organisations. Partners have also helped raise awareness of the initiative and campaign to decision-makers.

In January 2021, the Great Green Wall initiative received a boost at the fourth One Planet Summit, which brought together decision-makers from around the world to accelerate international action for the protection of biodiversity. At the summit, the initiative’s partners pledged almost €14 billion for the 11 countries to preserve biodiversity and meet UN Sustainable Development Goals by 2025.

“While each country has its own restoration goals and ways to achieve them, the implementation activities are being performed at the local level, which means that local communities own the process and are directly benefiting from restoration efforts and the conservation of biodiversity. Greater support for communities will help the green revolution to take shape in the Sahel, and with it the promise of better lives for its people,” concludes Citegetse.