A retired Professor at the Department of Plant and Environmental Biology,
School of Biological Sciences of the University of Ghana. 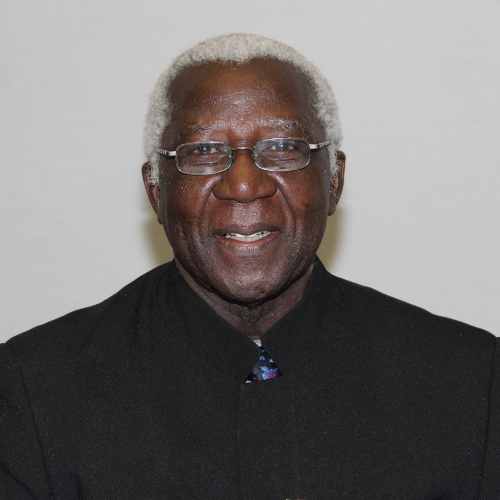 A retired Professor at the Department of Plant and Environmental Biology, School of Biological Sciences of the University of Ghana.

A retired Professor at the Department of Plant and Environmental Biology, School of Biological Sciences of the University of Ghana. He has BSc and PhD degrees respectively from Ghana 1968 and Edinburgh 1972. He started his University teaching career from January 1973 soon after his PhD training. He has since taught and trained many students in several universities in Africa, including universities in Nigeria, Kenya and his native Ghana at Cape Coast and Legon. He was a Deputy Director-General of Council for Scientific and Industrial
Research (CSIR) 1998 to 2006, a member of Council of the Centre for Plant Medicine Research at Mampong Akuapem 1999 to 2004, and Environmental Protection Agency (EPA) 2000 to 2006.

He is a Fellow of the Ghana Academy of Arts and Sciences (GAAS) He has keen interest in biodiversity at all levels and this spans several decades of research and advocacy in various subject areas including local and traditional knowledge systems in Ghana He has published extensively in his area of expertise in reputable international journals. He has also written several feature articles on the Environment and Biodiversity for both local and international audience.

He had chaired many high profile local and international meetings, boards and organizations including the Ghana National Scholarships Review Committee for tertiary institutions (2002 to 2006), the Subsidiary Body on Science, Technical and Technological Advice to the UN Convention on Biological Diversity (2000 to 2004), Standing Committee of the UN Convention on Migratory Species (2009 to 2011), Standing Committee of the UN CITES (2005 to 2008), Council of the Global Environment Facility (2004 to 2010), etc.

He contributed to the development of the 2016 to 2030 Sustainable Development Goals (SDGs) commonly referred to as the 2030 Agenda. Currently he chairs the following: Ghana National Biodiversity Steering Committee; the Trusteeship Board of A Rocha Ghana (ARG); the Board of Tropenbos Ghana (TBG); the Governing Council of African Centre for Technology Studies (ACTS), based in Nairobi, Kenya. He is a member of the Trusteeship Board of A. Rocha International, representing Africa and also a member of the Executive Committee of the A Rocha Trusteeship Board.

He is the joint winner of the 2014 international prestigious Midori Prize for Biodiversity. He is also the recipient of the 2020 IUCN highest conservation award, the John C. Phillips Memorial Medal, for his contributions to global conservation development.