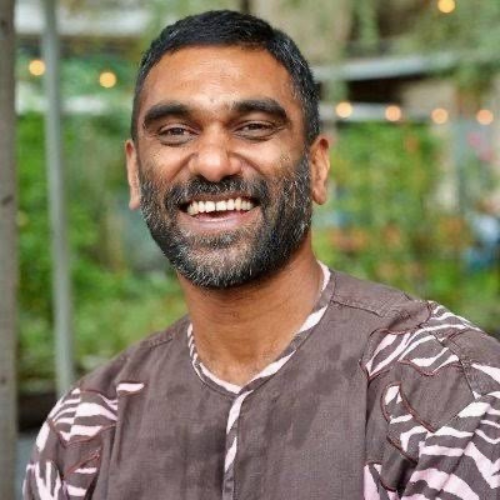 Kumi Naidoo is a South African life-long social justice campaigner and former Secretary-General of Amnesty International. He has been embedded in activism in his local community since the age of 15, organising mass mobilisations against the apartheid regime. In 1986, at the age of 21, Kumi was charged with violating the state of emergency regulations. He was forced to live in exile in the UK, where he stayed until Nelson Mandela was released and liberation movements were unbanned.

As the apartheid regime crumbled, Kumi returned to South Africa in 1990 to work with the African National Congress. There, he took up the cause of education, specifically adult literacy campaigns and voter education efforts to empower historically and systematically disenfranchised communities.

Kumi has held multiple leadership roles, including as Executive Director of Greenpeace International when he cemented his reputation as a bold activist.

Kumi’s most recent role has been with the pan-African organization, Africans Rising for justice, peace and dignity. A group which has forged partnerships across trade unions, religion and civil society and aims to change the fact that while Africa as a continent has benefitted from economic growth, Africans themselves have not shared in that increasing wealth and power.