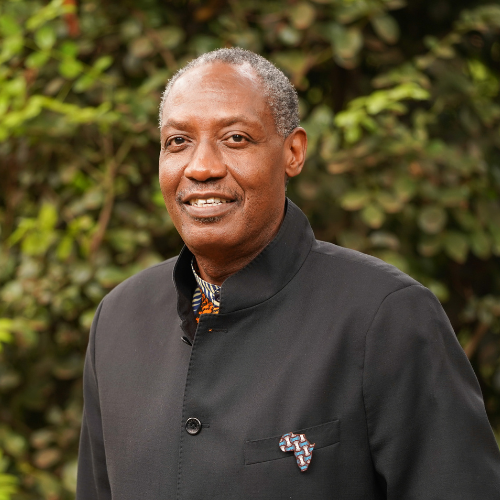 Kaddu Kiwe Sebunya took over as Chief Executive Officer of the African Wildlife Foundation (AWF) in January 2019, after serving as the AWF President since January 2016. With over 20 years’ experience in conservation at grassroots, national and regional levels in the USA, Africa, and Europe, his current role entails spearheading the vision of a modern Africa where human development includes thriving wildlife and wildlands as a cultural and economic asset for Africa’s future generations.

Under his leadership, Kaddu has been able to amplify the voice of African conservation on both a continental and global scale. Through multi-sectoral engagements with African governments and private sector players, there has been a significant shift towards conservation priority across the continent.

In order to elevate the influence of African conservation on wider scale, AWF has been involved in key African government engagements. Working with leaders in business, politics, civil society, policy, international development, and education as well as the youth, Kaddu is building a global coalition for conservation to protect Africa’s natural capital for posterity. He sees conservation as a social, economic, security and health question requiring new partnerships and multi-sectoral strategies for the people and wildlife to benefit.